CareVan works in the Victorian and NSW boarder and serves up company and hot meals to the most vulnerable in the community.

This month is one of the coldest of the year. For those without a safe place to sleep or without the resources to heat their home, it’s the toughest time of year. That is why we are supporting three projects this June that are providing hot meals to people doing it tough.

Food security is an invisible crisis in our community. The dismantling of the social safety net by successive governments, housing stress, stagnant income growth, job insecurity and the cost of living are piling up – and it’s costing people dearly.

1 in 6 Australians report having experienced food insecurity at least once in the last 12 months, and a quarter of these are going hungry regularly. This is the difference between paying rent or a decent meal. It’s the choice between the gas heater and sending the kids to school with a packed lunch. Kathy Hogarthy at the St Mary’s House of Welcome has been running their meal service for years and explains that the “poorest of the poor” is a fast growing group:

“The demand for our services is unprecedented. In the last six months our daily breakfast has doubled and for some of these people that will be their only meal for the day.

It gets really cold and people need a substantive meal to stay healthy and warm. People are having to make the choice between a poor meal from a 7/11 and their medication or other really essential needs.” Nationally more than 644,000 people now receive food relief each month, a third of whom are children. As a wealthy country it should be deeply shocking that we have eroded our once strong social safety net to such an extent that more than half a million people cannot put food on the table every month.

The depth of this problem is indicated by the diversity of those it effects. People with a disability, seniors, aboriginals, migrants and asylum seekers, women escaping domestic violence, people in rural or remote areas, single parents, as well as single men. Kathy has witnessed a shift in the kind of people coming in for the meal service:

“We are seeing a lot more women than in the past, lots of them sleeping in their cars and coming to us for a shower and a meal. Aboriginal people, and even children. The working poor haven’t seen an income rise in years, and can’t cope. There are so many factors, and so many people who just can’t even scrape by anymore.” 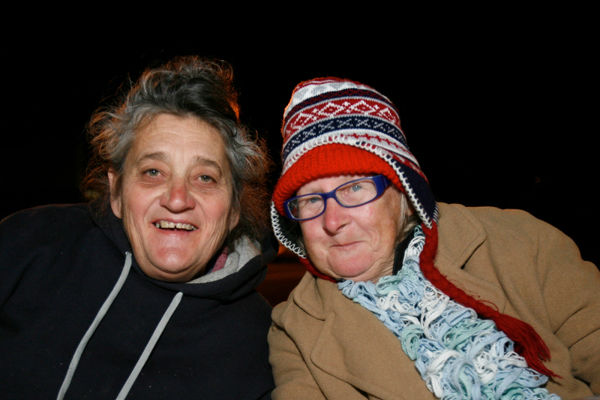 The CareVan operates a meal service in Albury Wodonga for some of the communities most vulnerable, many of whom are wedged between different state arrangements of housing and social services. They also support a local church by donating meals, which Stacey Franklin says brings in more working class people who cannot cope with the cost of living, but still have a roof over their heads. Popping in to grab a take-away is less confronting for people who don’t have much interaction with charitable services. For these people, bill shock is a big reason they are struggling and need support when a big bill lands in their letter box.

With the sharp increase of people sleeping rough, we are confronted by poverty every time we step outside. The people cluttered around the safety of inner city streets are at the rough end of crisis. Less visible are families who can’t afford rent, let alone put food on the table. For every six people sleeping rough there is another 100 invisible people not able to afford the basics like food and shelter. Every one of these people deserves better, and that includes a nutritious meal and safe place to call home.

While we believe that governments need to step up and take the lead to address this crisis – we know that takes time, and people are struggling right now. You can support CareVan, St Mary’s House of Welcome and the Adelaide Day Centre meals services through our StreetFunder by following the link below.

StreetSmart is all about crowdfunded people power and getting every dollar donated to where it’s need most.

JOIN US IN THE 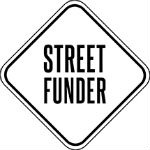 FIGHT AGAINST HUNGER THIS WINTER BY DONATING TO OUR STREETFUNDER