Help on the homelessness front line How Your Coffee Can Pay for Crucial Medicine by Tom Hawking
A blood sugar monitor, a 24-hour transport pass and a bed – these are the things your morning coffee can pay for. In partnership with CafeSmart, we talk to someone who makes it happen.

[This story was first published by Broadsheet, revealing the social impact of our CafeSmart campaign.]

The Haymarket Foundation is one of the oldest resources for Sydney’s homeless population. It was founded in 1974 as a small operation run out of a caravan with the goal of providing primary health care to the city’s homeless. Since then it has grown into a large and specialised service that helps some of the city’s most vulnerable people. In a city that’s one of the world’s most expensive – and where homelessness services remain underfunded and overstretched – its services are more vital, and more in demand, than ever.

“The most fundamental challenge we face,” says Haymarket Foundation CEO Peter Valpiani, “is that the people who need care the most are the people who have least access to it.”

Valpiani is forthright and full of compassion for the people who come to the Haymarket Foundation for help. “We work with incredibly complex people,” he says, “and we want to be known for treating everyone as people. Their challenges – mental health [issues], complex homelessness, alcohol and drug dependence, etc – are parts of their lives, but they’re not a basis for exclusion or discrimination. That’s the essence of what Haymarket is about … It’s not like, ‘We know best’. We don’t know best. What we do have is a professional capacity to ask what [people] need, and work out how best to achieve it with [them], and we want [those] solutions to be sustainable; not just, ‘Oh, we’ll chuck you in a house and see what happens’. We work with people for as long as necessary to achieve the outcomes we’re after in terms of their quality of life.”

That particular service is directly boosted by CafeSmart, a one-day national fundraising initiative by StreetSmart. It asks cafes across Australia to donate $1 for every coffee sold to a local grassroots organisation dealing with issues around homelessness. Coffee roasters also join in to donate some of the beans, and customers are encouraged to match the cafe’s $1-per-coffee contribution. This year, the event returns on Friday August 9.

The Haymarket Foundation is based at the Haymarket Centre, a 24-bed crisis accommodation centre in the Sydney suburb of Chippendale. “It supports people who have experienced long-term homelessness,” says Valpiani. “These are people who have identified complex mental health [problems] and drug and alcohol dependence, people who have chronic diseases like heart conditions, cancer, and diabetes; people who have complex trauma and lifelong histories of abuse. It’s the extreme end of town. It’s open every day of the year, and has dedicated male, female and transgender beds.” 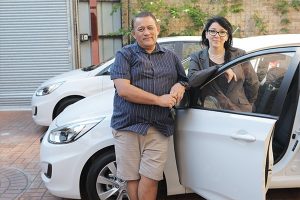 The first step in the process is stabilisation: “If someone is coming in from sleeping rough, or they’re being [moved on] from a health or justice institution … we want to stabilise their accommodation, but also stabilise their health – be it physical, mental and/or in terms of substance dependence. A lot of the clients we see aren’t ready to live independently – people generally come to us after having been homeless for decades, so they’ll have long histories of failed tenancies, etc.”

Then the question becomes how to find suitable accommodation. “We work with a number of partner agencies, and we compile an evidence base, looking at their level of independence, whether there’s an acquired brain injury in the mix, if there’s alcohol and/or drug dependence, and so on … We’ve had people coming in who’ve had undiagnosed acquired brain injuries for decades, and other people are like, ‘Well, why can’t they sustain a tenancy?’ We can say, ‘Okay, here’s our evidence base: here’s what’s going on, and here’s what they need’.”

It’s the initial stabilisation process that the StreetSmart funds assist. “The StreetSmart funding is great because it’s untied, ” says Valpiani. “It gives us real flexibility to ask, ‘Where can we spend that money, where can it really make a difference?’ We’ve set up a medication fund, because often our clients will get a prescription but they won’t be able to afford the medication. We’ve put in a fund with the local pharmacy, so when scripts come in we can pay for their medicine. We had a client who was diabetic and didn’t have a blood sugar level monitor. It had been stolen. So we used some of the StreetSmart money to pay for a new one.”

Other purchases have included 24-hour passes for the city’s public transport system to allow clients to get to appointments in areas that might otherwise have been out of their reach. “They’re little things that make a difference to people’s lives.” 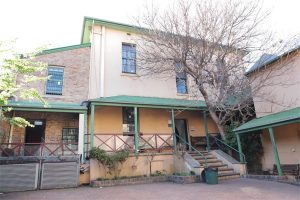 Thanks to Tom, Nick, Emma, Matt and Mimi at Broadsheet, who are generous media partners of StreetSmart Australia.

Donations made to our StreetFunder initiative in August will continue to raise funds for the work of the Haymarket Foundation. To donate click here