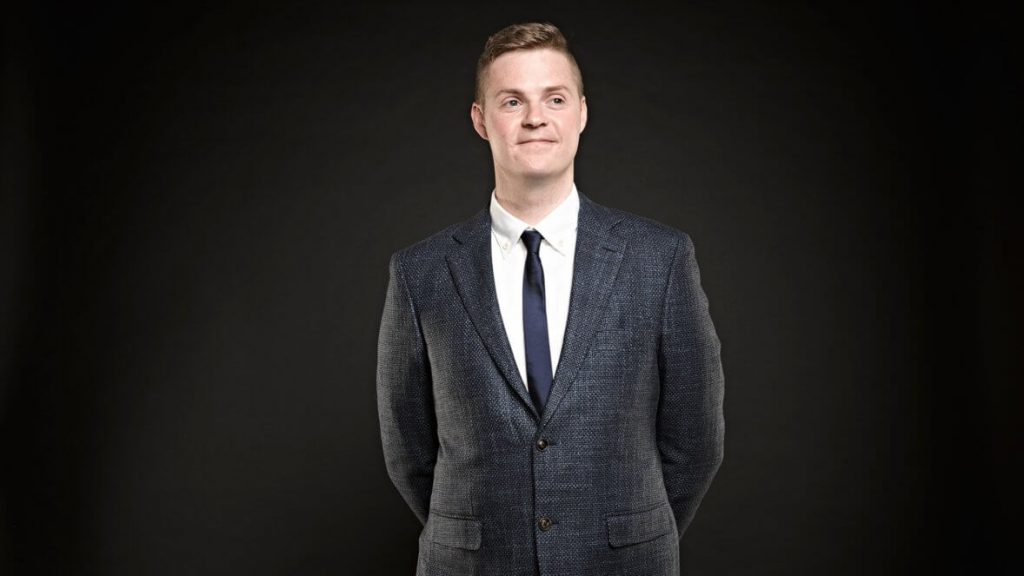 We are super excited to announce that professional funnyman and host of the ABC Tonightly Program has joined StreetSmart as an Ambassador.

If you haven’t encountered Tom’s comedy, you might have been living under a rock. His career has been going from strength to strength since he (almost) won the 2006 open-mic competition Raw Comedy. It wasn’t long before he took over the breakfast airwaves with Alex Dyson on Triple J and it’s been coming up Milhouse from there.

He’s performed at the Melbourne International Comedy Fest, Just For Laughs, the Edinburgh Festival Fringe and toured award-winning solo gigs like Tom Ballard Is What He Is. He has appeared on prime time favourites – The Project, Good News Week and Spicks’n’Specks, and last year co-hosted the SBS live program The Filthy Rich and Homeless. He now hosts the outrageously funny and irreverent Tonightly on ABC Comedy.

We just about fell over when the Tonightly team produced the Christmas Single and chose to donate all proceeds to StreetSmart. We got in touch to say thanks, and it was the beginning of a beautiful partnership.

I stole some of Tom’s time to ask him what inspired him to agree to be our Ambassador and to widely speculate on the complex bigger picture.

Honestly no. Like most middle-class people I was pretty sheltered from these issues. I am also originally from country Victoria where there was not so much visibility of the issue as there is in places like Melbourne or Sydney. Living in Melbourne, I came across the realities of homelessness much more frequently. I bought the Big Issue, chatted with some folks and gave change to folks who needed it when I could and through watching documentaries like the Choir of Hard Knocks I started to get a better (if still very limited) awareness of homeless people’s stories.

You’ve raised funds for StreetSmart with the Tonightly team, and have chosen to support Youth Projects for your upcoming show “Comedy for Good” at the MICF. What made you take the jump from concerned citizen to advocate?

I was lucky enough to work on the SBS show Filthy Rich and Homeless and the host Indira Naidoo (who is also an ambassador for Sydney’s homeless crisis centre The Wayside Chapel) pointed me to StreetSmart when I told her I was looking for a good homelessness charity to raise some cash for. Our dumb Christmas single was about how the world is full of problems and it’s hard to figure out what to do about it all, and it just felt like a natural fit.

We can all talk a lot about “raising awareness” and “cultural shifts” and “inspiring individual stories” a lot in this space, but at the end of the day what most folks need is money and resources. So if the way I can help at all is by raising some sweet cash in a fun way, then I’m more than happy to do it.

This month is Youth Homelessness Matters Day, and you are have chosen to donate all proceeds to the incredible StreetSmart supported Youth Projects. From your expert point of view as a comedian, what do you see as the biggest issues for young people today – why are so many impacted by homelessness?

I could be talking out of my butt, so thankfully I just had a chat with Youth Projects about the issue. What I understand is that the effects of the housing affordability crisis and factors like domestic violence are huge for young people, while LGBTQI youth remain particularly at risk.

Housing is such a crucial part of getting your life together – it’s the most basic need. Finding work and looking after your health pretty crucially rely on having a safe place to live over a long period of time.

The fact that young people don’t have as much power, control or a say in their lives really makes it harder. They are so often invisible and the way that something like lack of affordable housing and the gig economy impacts them can be easy to brush under the carpet.

What do you think needs to change in our country to turn this crisis around?

We need to recognise that as a society we choose to let homelessness exist. It’s not necessary or inevitable. A society that includes both billionaires and people sleeping rough isn’t working very well. We need to decide that homelessness matters and that no one deserves it, or chooses it. Housing is a right and one that we have the resources to address.

We could solve it if we wanted to. We have enough houses – there are literally thousands of empty properties in Melbourne – more than there are homeless people. We have the resources, we just need to agree that this is important. Right now, we don’t.

And this could involve some “hard” choices: but if solving homelessness means that people with multiple properties are merely slightly inconvenienced, then I’m okay with that. I’m sure they’ll survive and we’ll all be better off for it.

A massive thanks to Tom for joining our mission. It’s more important than ever to spread the word and deepen our impact.

If you’re in Melbourne, act quickly to grab the last few spots of Tom’s standup show Comedy for Good, with all proceeds heading to Youth Projects.

You can catch every episode of the Tonightly on iView here, and the Filthy Rich and Homeless here.

And lastly, become a StreetFunder here.